Blair Pettigrew is the Scottish Volleyball Development officer for the west area and has helped the team behind West Coast Beach Club in setting up the club, we asked him to give us an overview of his experience and his current role.

My role with Scottish Volleyball is quite a simple one, it is to develop the sport of Volleyball with a focus on the west of the country. The work is really varied, pre pandemic a lot of my work was in and around both primary and secondary schools supporting the provision of physical education in volleyball. It is great to see so many young people playing volleyball in schools and certainly one of my priorities will be making sure these young players have an opportunity to play out with school the school environment.

That takes me on to a second area of my work which centres on supporting the development of our clubs, their youth development plans and pathways into them. I am a great believer that strong clubs are a fundamental aspect of a strong sport. Having come from a life of volunteering in various sports from coach to club chair I understand the demands and the important role our volunteers have in delivery the sport on the front line. I want to try and support them to make it as easy and as enjoyable as possible. I also assist with the delivery of coach education and work closely with partners such as sportscotland and local authorities looking out for the interest of our sport and its membership.

I had just launched the new “Dig It” recreational volleyball sessions(see picture above) before all activity was stopped and I think they are a great way of getting more people involved in our sport. I am very much looking forward to getting them back up and running again soon.

I live in North Ayrshire with my wife and two daughters, I have been involved in sport all my life starting from primary age as a competitive swimmer I was very much what is referred to now as sampler enjoying playing football and latterly some competitive athletics throughout my childhood. I left school to do an HNC in Sports coaching at Langside college in Glasgow where before taking up a full-time coaching role helping to deliver the Scottish football associations community programme in North Ayrshire whilst also teaching, then coaching swimming. I then took a bit of career sidestep by joining the police where I spent the best part of in the most part an enjoyable 17 years in various roles throughout the country. I took on a part-time coaching role with Rangers Football clubs new community programme which as a lifelong fan was more than just a little bit special.

As my eldest daughter turned 9, she joined our local athletics club and it was probably about then that my passion for sport and club development was reignited. I took on various roles and the club quickly helped it develop and grow. I was honoured to win both the Scottish and British athletics volunteer of the year for the development work I had carried out with the club. I decided to return to education and completed a Glasgow University honours degree via UWS in Sports Coaching and Development.

I have really enjoyed my first six months in the role with Scottish Volleyball, there is an enormous amount of work going on behind the scene to modernise and professionalise the sport in this country. The development team and in fact the full staff are some of the most enthusiastic and hardworking people I have ever had the pleasure of working with. I firmly believe that the sport is in great hands and the membership along with the wider sporting community are going to be really impressed with the improvements and delivery planned for the near future.

I cannot wait to get on the beach with everyone from the club and enjoy some volleyball soon, in the meantime stay safe and support the beach club by showing your intention to join when you can 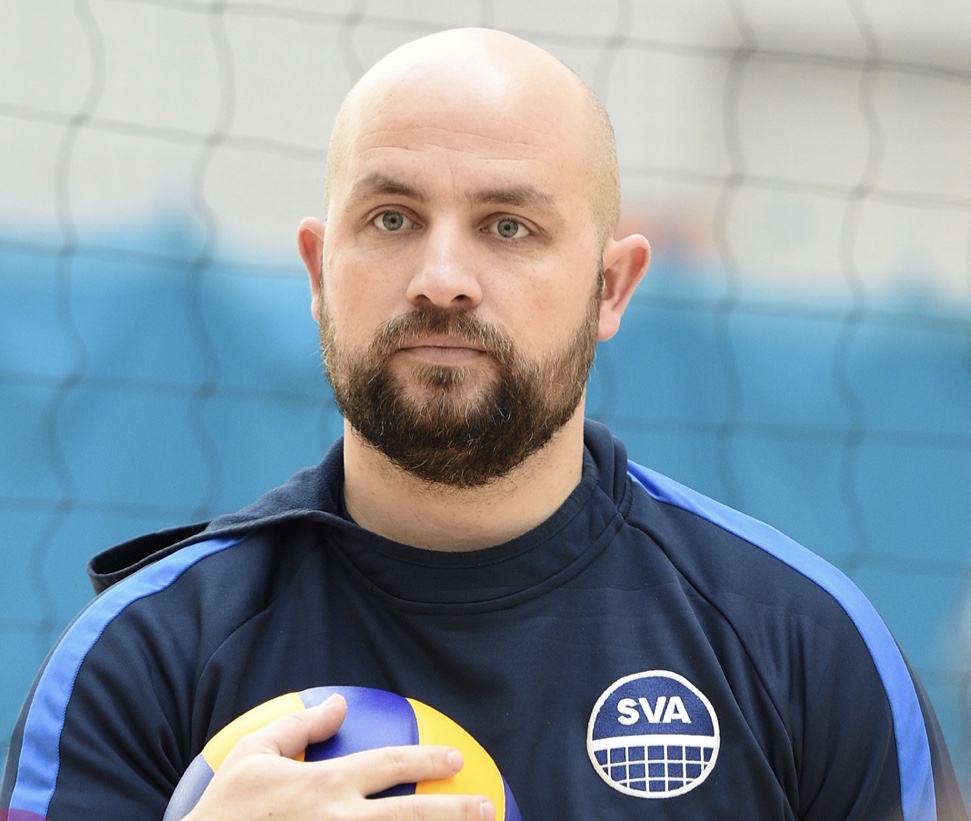